It Lies Within has released a new music video for “Ecdysis”, a song from their upcoming sophomore album Paramount.  Out 1/8/16 via Luxor Records, Paramount features guest vocalist appearances from Telle Smith (The Word Alive), Ryan Kirby (Fit For A King), and Jonny Mcbee (The Browning). McBee also co-produced the album with As They Sleep guitarist Nick Morris.

“‘Ecdysis’ and its intro ‘Open Your Eye’s was such an amazing combo song to write,” says vocalist Zachary Scott. “It captivates the best of the bands current lineup musically along with the positive message the band portrays. We are very thankful for all the people who helped us with this song and video. Keep your eyes out for another video to follow this story! It Lies Within us all.“

Physical pre-orders are now available for Paramount as well as digital pre-orders that include three instant song downloads. You can catch the band this December on the Fear No Evil Tour with My Heart To Fear (Solid State) and The Illustrator. 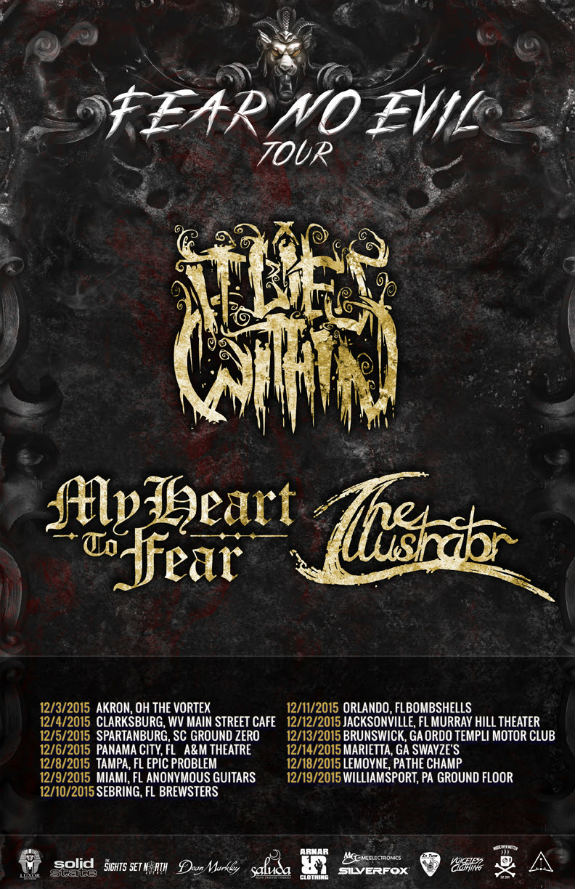