Indie Art duo Alien Knife Fight may be best known for their punk tinged blues styling, and front-woman Monique Ortiz for her mastery of the bass guitar in all forms, but the intensely creative Texas pair’s aesthetics transcend both medium and genres, as is showcased in their newest music video for “Clocks”. The video, filmed entirely on an iPhone with artistic direction and editing by the couple themselves, was actually created as a vehicle for an earlier track of Ortiz under her previous project, Bourbon Princess, off of debut album Stopline. The original 1999 recording, paired with striking visuals, caught the attention of elite taste making site mxdwn, who enthusiastically premiered the video.

“The video, like many other productions from the band, was made in a completely do-it-yourself fashion on a cell phone. Despite the low-budget techniques used in making the video, the visuals are a stunning accompaniment to this slow, downtempo electronic track.” – Matt Matasci – mxdwn

“I always wanted to do a video for this song, and others in my back catalog, but never had the necessary technology or means until now. This is a song I’ve continued to perform over the years, in a variety of projects, and we’ll be resurrecting this and a few other Bourbon Princess songs for Alien Knife Fight’s next live set. Better late than never.” – Monique Ortiz 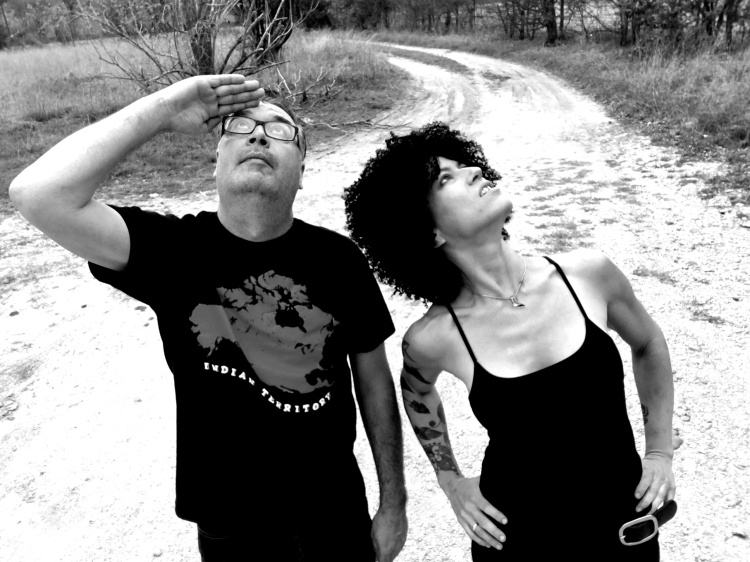