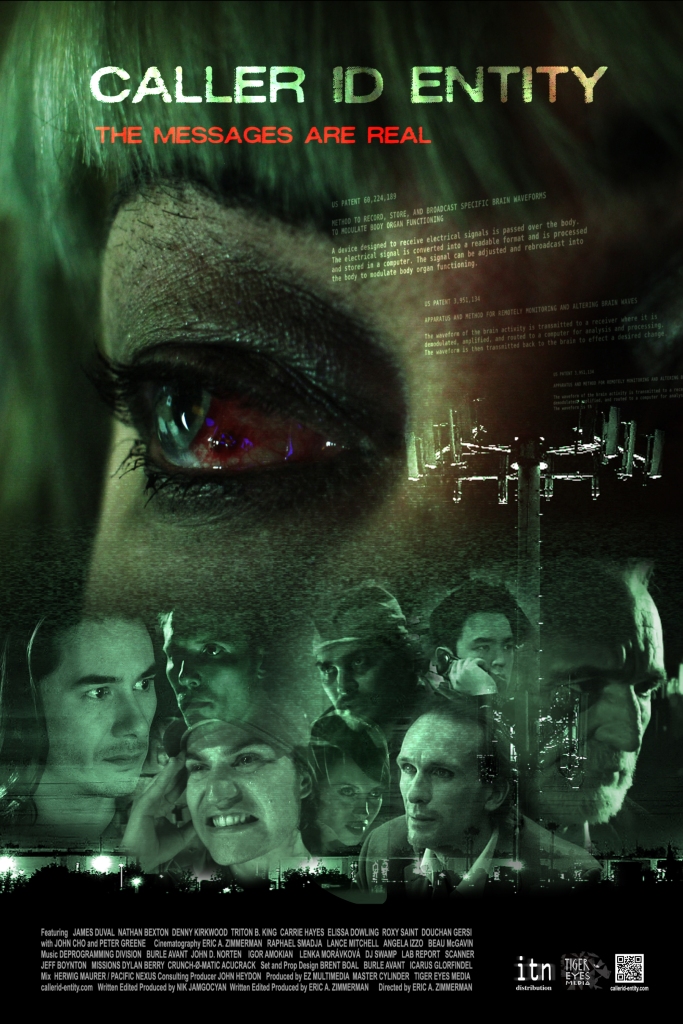 Acclaimed Director Eric Zimmerman–responsible for some of the most iconic rock, metal, and industrial videos in history, including Nine Inch Nails’ “Down in It” and “Head Like a Hole,” and Soundgarden’s“Jesus Christ Pose” and “Rusty Cage,” among many others–has expanded his legendary dark vision into feature films with the release of Caller ID Entity.

An Exclusive Premiere Screening of the film will be held at Ahrya Fine Arts By Laemmle, see below for ticket and screening information.

“This movie was inspired by real-life phone messages I received from an anonymous woman. The messages are very disturbing, and I imagined what the story behind them could be. As I investigated further, I discovered a whole underground network of psychological torture, victims of mind control experimentation. Everything in the movie is based on real messages and victim testimonials. It makes you wonder where this technology is really going in the near future,” explains Zimmerman. “To reverse-engineer a story from actual phone messages is a different approach to making a movie. I’m not sure if its ever been done before. The style also reflects the fragmentation and paranoia of having your brain hacked. This project, though challenging, inspired all of us to push beyond the limits of the traditional film-making process.” 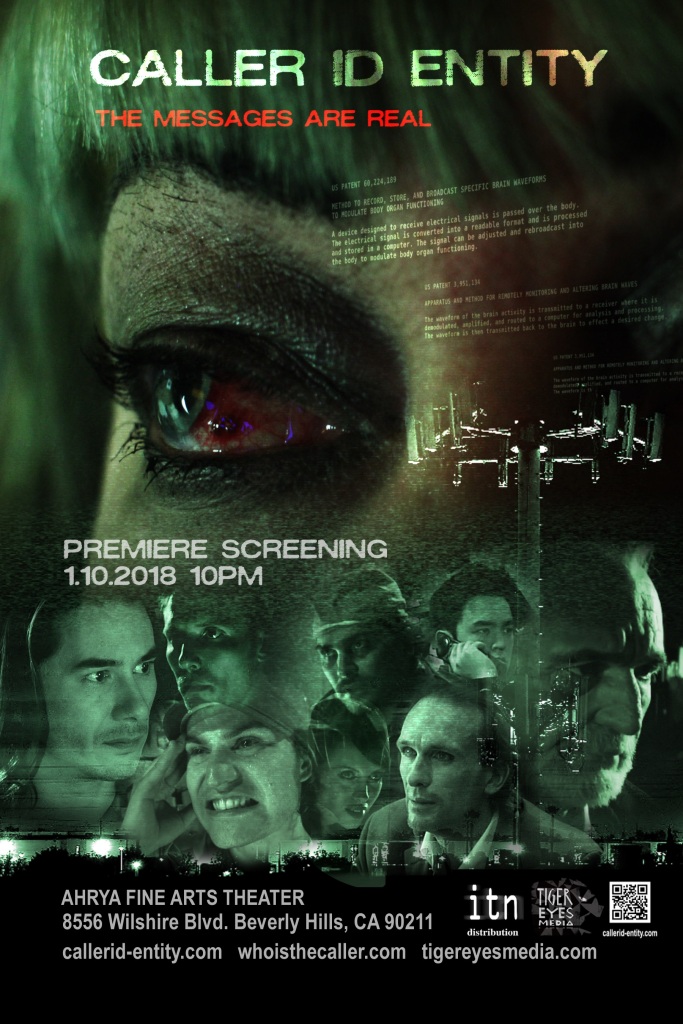 Click HERE to RSVP the Premiere Screening on January 10th

Q&A with director after movie.

Tiger Eyes Media is a production company based in Hollywood, CA, formed by directors Eric A. Zimmerman and Angela Izzo. Caller ID Entity is the first full-length feature to be released by this production team. Their next project to be released is The Benders Circuit a documentary about the electronic audiovisual performance scene in LA, coming in 2018, the trailer of which will be shown before the premiere screening of Caller ID Entity on January 10, 2018.