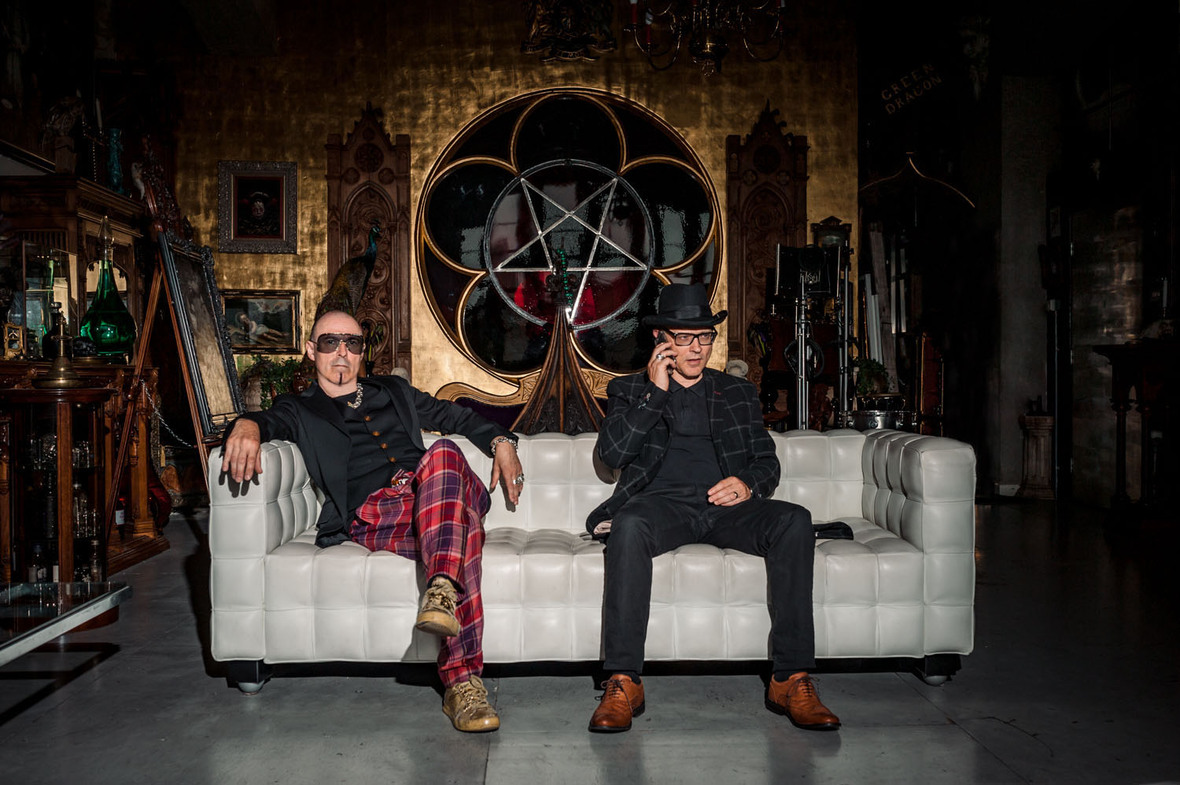 Retro-Cinematic, Noir Electronic duo AM I DEAD YET?, made up of POP WILL EAT ITSELF and GAYE BYKER ON ACID frontman MARY BYKER with APOLLO 440 and MAGAZINE guitarist and long-time collaborator NOKO, has released their stunning, debut, self-titled LP. Out Now via Wire-Sound and worldwide via Cargo, the 11 track LP introduces audiences to the pair’s hauntingly unique sonic universe. 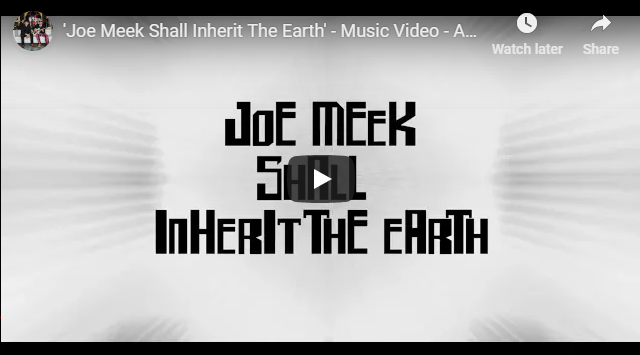 “For me it’s pretty much all Leonard Cohen at the end of the day, with some residual David Bowie, Abba, Nick Cave, Scott Walker and Chico Buraque. Basically any important musician who’s recently dead. I’ve brought my new found voice and some basic piano playing and programming, Noko then transforms my crude doodling into something beautiful sounding with added bongos…” – MARY BYKER

“I never got over John Barry, Ennio Morricone, Serge Gainsbourg, Hank Marvin, Brian Wilson, the post-punk dystopia of Magazine, Joy Division and Cabaret Voltaire and an awful lot of ‘70s progressive rock : King Crimson, Yes and Goblin. All of this stuff has a huge bearing on my contribution to our sound.

As a 2-piece, I play pretty much all the instruments. Inevitably the computer forms the centre of our sonic universe, though guitar is at the core of it all. I do have a primal love for the bottom-end of a harpsichord though. What I’ve enjoyed playing most on our stuff is the bongos – I got an amazing pair for my birthday last year and haven’t looked back…” Noko 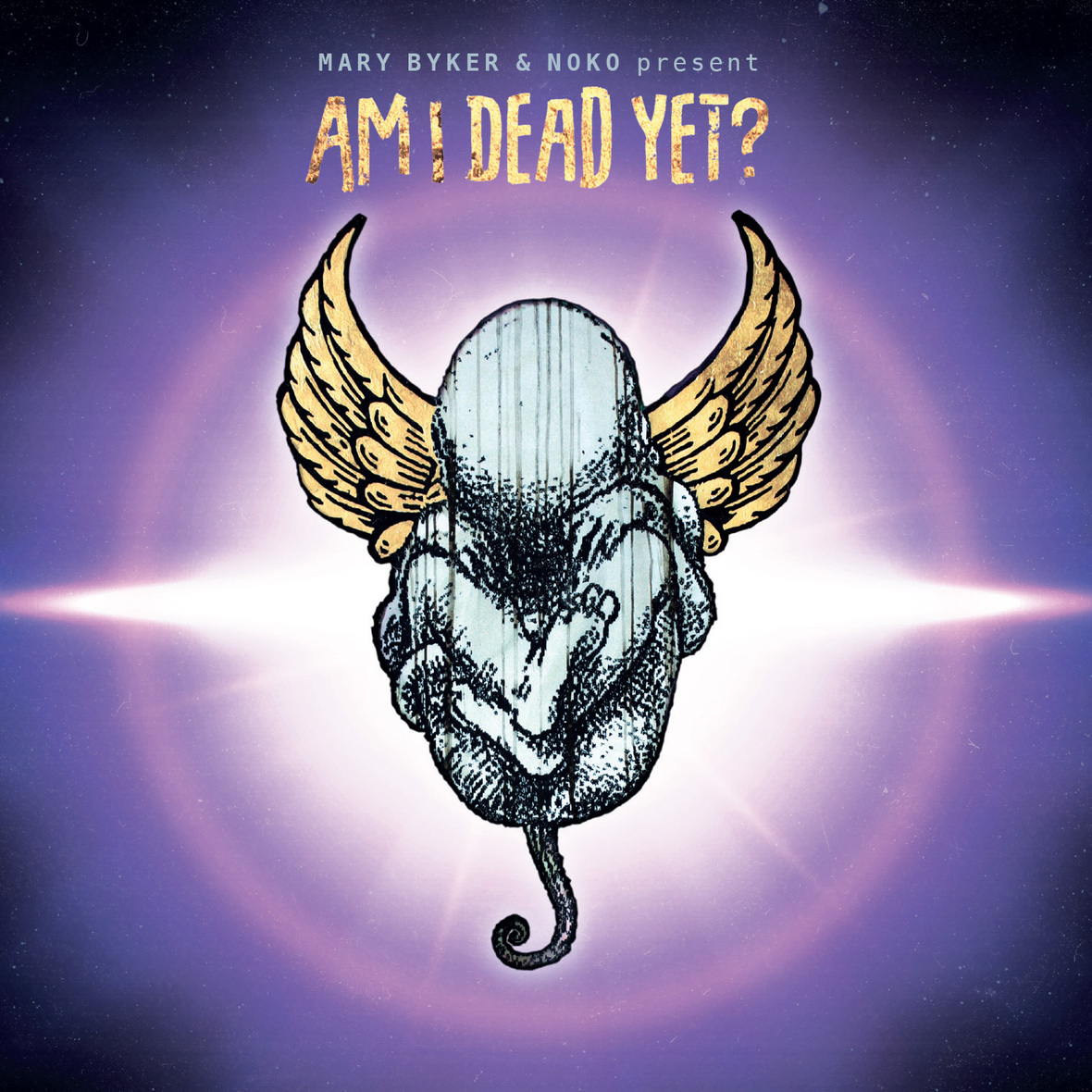 Track List:
1. Leaving Me Behind
2. Loneliness
3. Solid Gone
4. Joe Meek Shall Inherit The Earth
5. Ghosted
6. People Are Dangerous
7. Wasted on Me
8. Futuristic Paranoia
9. Master of Disguise
10. Fake Flowers
11. Thanks for Sharing 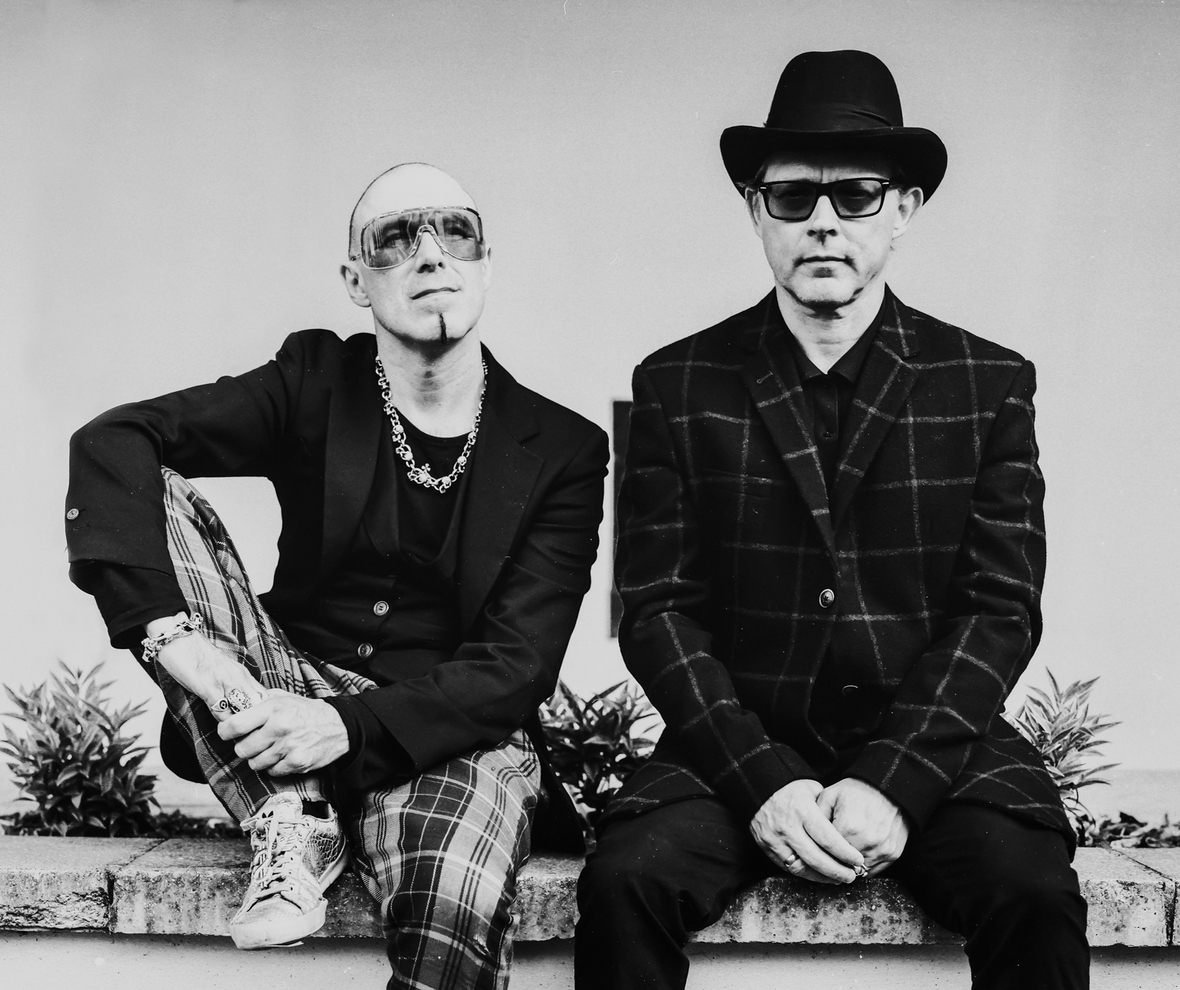 Last century, Mary joined Noko’s band, Apollo 440, as frontman and they went chart-bound with, amongs others, their genre-busting, ‘Ain’t Talkin’ ’bout Dub’. Their collaboration, ‘Stop The Rock’, hit world-wide and nearly 20 years after its release, the film and advertising synchronizations show no sign of slowing down. The track recently flew into a stadium near you on Budweiser’s global FIFA World Cup commercial.

To date over 50 Apollo 440 tracks have appeared in Hollywood film & TV blockbusters (Gone In 60 Seconds, Driven, Resident Evil, The Sopranos etc), and the band were also commissioned to record
the themes for the Lost In Space & Charlie’s Angels 2000 movies, and the mega-selling video games, Gran Turismo, FIFA 2000, Forza Motorsport & Spider Man, alike.

Mary’s previous includes vocalising for psychedelic-grebo giants, Gaye Bykers On Acid, industrial monsters, Pigface, and Black Country indie perennials, Pop Will Eat Itself. He even delivered on Nervous with DJ Fresh and took it to #1 in the BBC Radio 1 dance chart. To this day, Mary fronts the Gaye Bykers & The Poppies, and like Noko, composes film scores & TV documentary soundtracks.