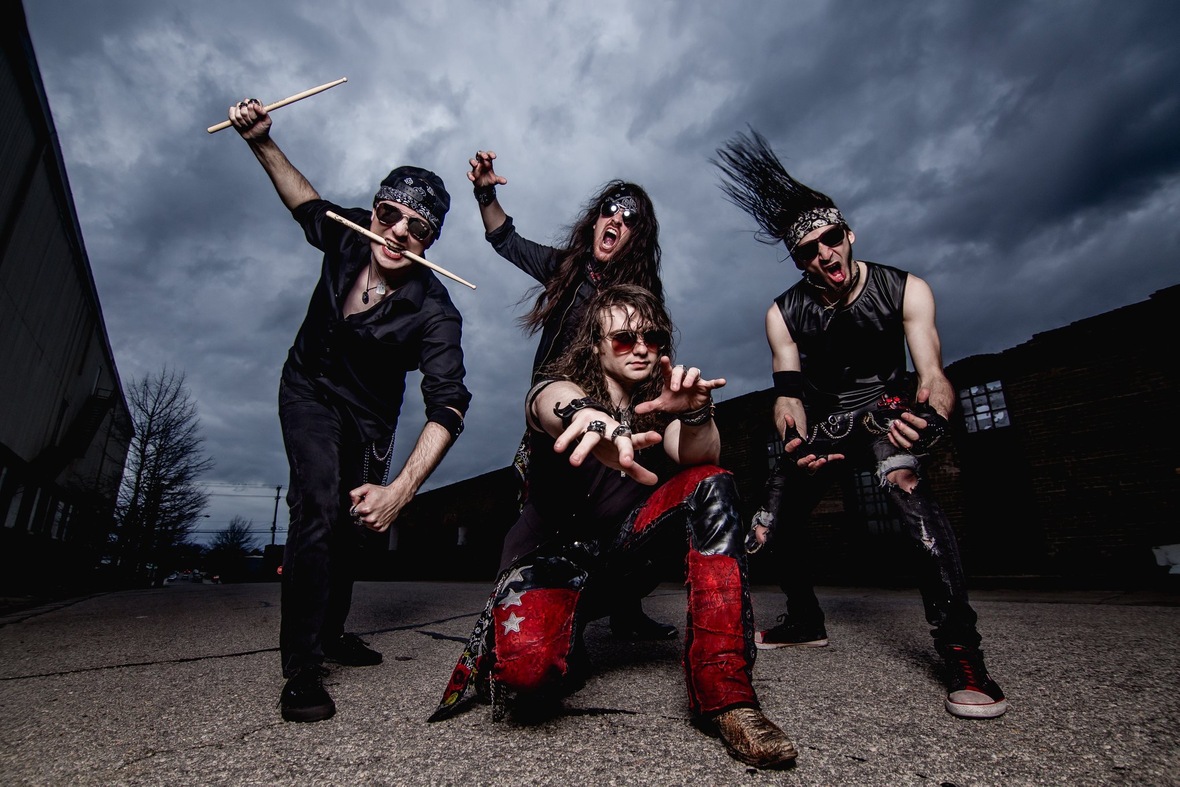 American Rock band FAITH & SCARS has released the official music video for “No Apologies”. Written & Produced by FAITH & SCARS, Directed by Jaiden Hord Frost, “No Apologies” is off the band’s upcoming album, Revolver, due out October 17th, 2020. 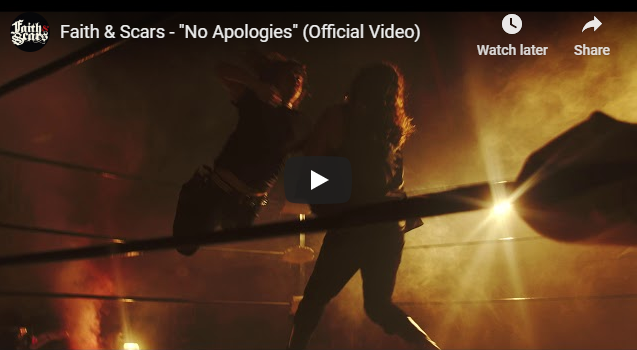 “This song is a physical fight. It’s an argument. It’s a battle cry for all those willing to stand up for what they believe in.

While “Breathe” serves as a reassuring state of mind, ‘No Apologies’ offers a message of initiative. As the sequel to ‘Breathe,’ ‘No Apologies’ shows that staying positive is a great start but isn’t always a strong enough method when dealing with real life matters.

Sometimes it takes standing up to the trials that life throws at you. These trials can bind you. Especially in isolation, these trials can make you feel like you’re in an inescapable prison. ‘No Apologies’ comes screaming in to break that mold. No matter where you are in life, everybody has felt like they need to scream out and throw their hands up to be free. We offer this song as a means to do so.

This song is about confidence, strength, & courage. Whether you’re wrestling with self worth, bullying, depression, discrimination, addiction, trauma, or abuse, this song was written for you.

We want people to realize that strength comes from within. It’s not about being the biggest, or the strongest in the fight. Strength comes in many forms. Oftentimes more than not, strength is showcased with heart. Whether you’re physically standing up for yourself, or simply asking for help; it takes a great deal of strength to keep up the fight & overcome. We’re keeping up our fight every day by using our mantra: “Faith will see you through and Scars will make you stronger”.

We are hoping to create a movement that is all inclusive, and inspires a generation. We are setting our sights to the future, learning from our mistakes and failures and using them to push forward and be better than we were yesterday.

Overall ‘No Apologies’ is about being willing to get up, dust yourself off, address the issues at hand, put the work in, and ultimately make a change for the better.

As a reminder, we offer you this:

Be yourself, 100% of yourself. Never settle for less than you deserve. Keep on the grind. Make no excuses, stay true to yourself, and make No Apologies.” 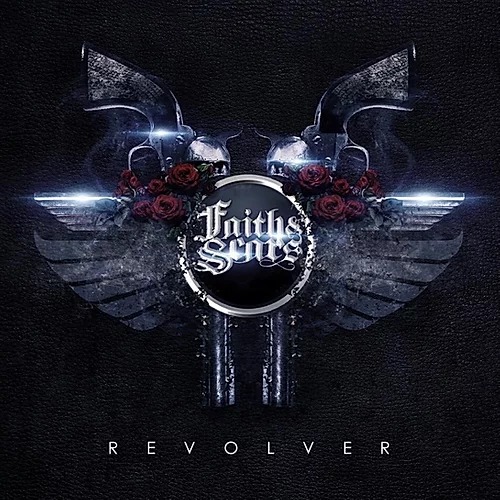 “Making this video was no easy feat! Leading up to the video, our vocalist Roger underwent months of training, allowing himself time to learn how to safely perform in the ring. All of the moves were done by him, & under the supervision of a trained professional. Because of this supervision, the other band members were able to jump in to do a few moves as well. Safety was top priority for this shoot, and we’re so pleased with the final product. The band also brought in a professional wrestler to help in the video. The masked wrestler you see is none other than professional wrestler Brandon Hillard who currently works under the ring name Brandon Wild! Brandon was easy to work with & a great asset to the video. He remains a close friend of ours today.

Along with learning how to properly work in a ring, we had to find one to use for the shoot. Our solution came from an awesome local wrestling organization, Live Championship Wrestling (LCW). They had a ring where we were able to learn, train, and film in. The owner, Dan Wright, offers training to aspiring wrestlers through his wrestling school, The Fracture Factory. Dan & The Factory were more than willing to help us out.

Another aspect of this shoot was the lighting and production. Every light and effect you see was paid for, set up, and operated by a member of the band. We spent many hours up on a ladder in the middle of the ring hanging lights from the rafters and rigging up smoke machines. It’s no easy feat to stand on a ladder in the middle of a wrestling ring, and we commend the ones who can do it during a match.” 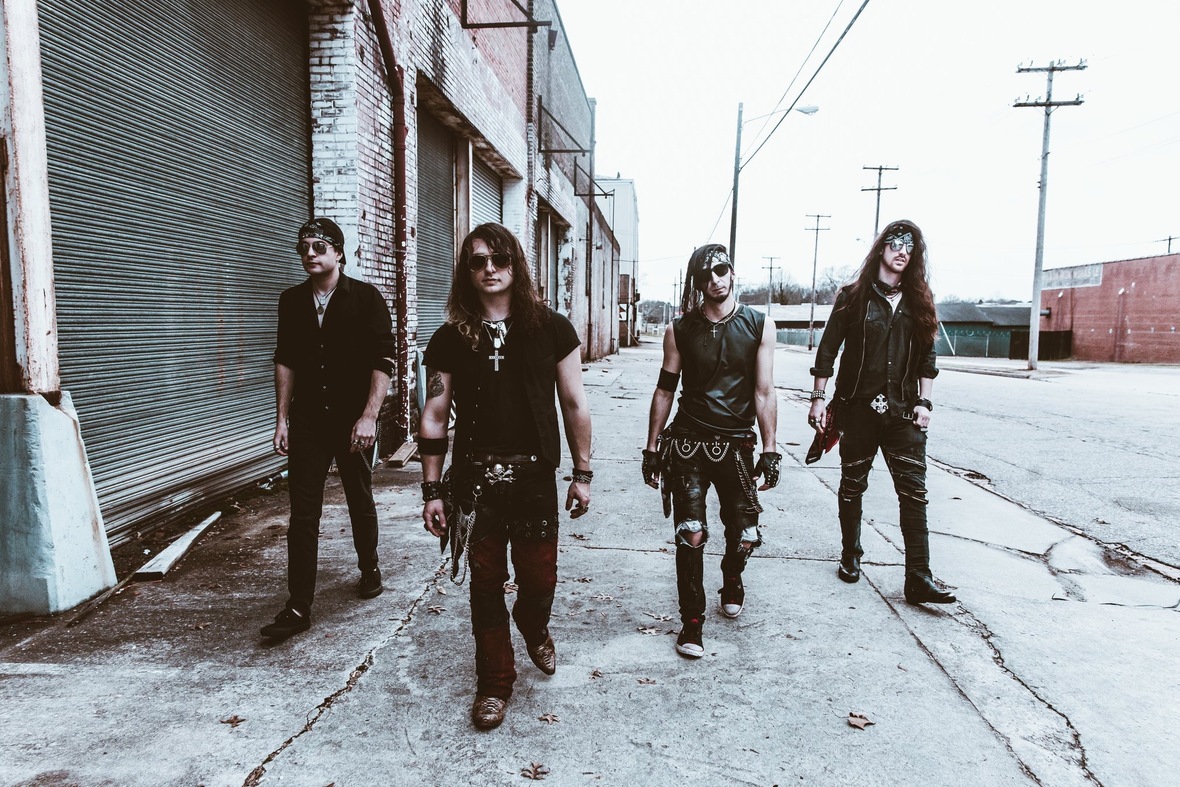 Faith & Scars is an American Rock band. With members hailing from all around the US, (North Carolina, Virgina, Florida, & California) they are currently based out of Selma, NC. They come at you with a southern flare and a touch of soul. Even through their most difficult times, Faith & Scars has found a way to stick together; bound by their mantra: Keep the Faith.

The band states,”We’ve found that if you hold faith in something, and hold it tight – be it your dreams, family, a significant other, yourself, or God – You’ll find yourself possessing a force that will push you to be the best that you can be.”

Faith & Scars has a profound love for music and finds inspiration through many bands & artists. They proudly wear their 90’s-2000’s rock influence on their sleeves, yet distinctly display classic sounds comparative to Guns n Roses, Jimi Hendrix and Lynyrd Skynyrd. Blended all together, you get a sound that can be compared to bands such as Shinedown, Bon Jovi & Black Stone Cherry.

The band adds, “We just want to be the best we can be, and have a good time doing it. It’s a lot of hard work, and sometimes heartache to keep a band together, but if we can touch someone with a lyric, or affect anyone in a positive way by doing what we do… then we’ve done our job. We aim to put on the best show we can every time we step onto a stage. Whether it’s 2,000 people, or 2 people and the bartender – we play every show like it’s a sold out stadium.”

“We’re finding our way as an independent band. We’re working hard to reinvent ourselves at every step of the way. We believe we have done that with this record. We have full faith in ‘Revolver’, and we’re proud to have a product that we can stand behind. Our sights are set & we’re about to take our shot. We just hope you guys enjoy it as much as we do.

We are Faith & Scars and this is Revolver.