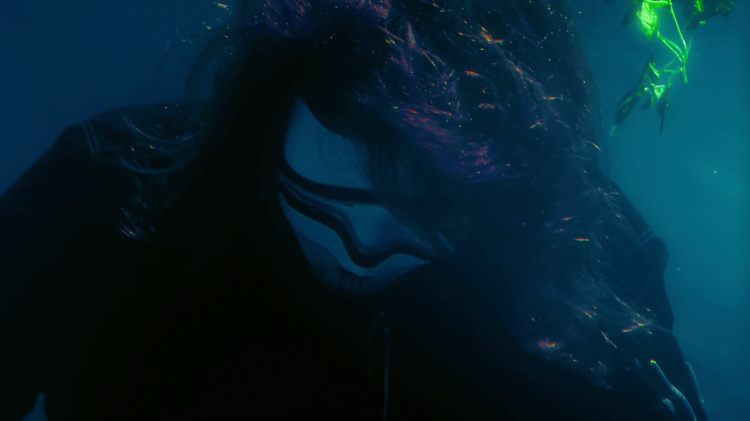 Your sophomore album is finished recording how are you feeling about the end product?

I love how the newest Spiral Cell album is sounding. It has a more cinematic/soundtrack sound to it, and there is a much greater focus on the story/dialogue than there was on “Maze in the Tree Rings.” I always personally like it when a band/artist changes a bit for a new release, but doesn’t change styles completely. I think I did that with this next album: it’s still Spiral Cell, but it’s not just the Maze in the Tree Rings Part 2.

How would you describe the music of Spiral Cell?

The short tagline I always use for Spiral Cell is: “An immersive, theatrical, multi-level experience of music, storytelling, visuals, and art.” Musically, it’s more of a soundtrack than it is a rock/pop/electronic genre. Although adding the story and dialogue definitely helps make it sound more like a soundtrack.

How does one person successfully write and record and ultimately perform music as complex as yours?

Lots of Youtube videos of going “How do I pull this off?” haha. I did go really deep into understanding MIDI, programming lighting, and Ableton Live and all sorts of other stuff to figure out how I would pull off the live show. It’s definitely a very complex setup, but I also have quite a few fail-safe options in case something goes wrong. That’s always the problem… adding more stuff just adds another step where something can go wrong. I’m pretty obsessed with having a backup for every possibly things that could go wrong.

How does Spiral Cell differ from your previous bands?

Did the recording go smoothly?

Did you work with a producer or is the album self-produced? Where did you record it?

The newest album I self-produced, mixed, and recorded at my home. The first album I self-produced, recorded at home, and then hired Greg Norris to mix it and he did a great job with it. I really wanted to challenge myself this time to be able to record and mix and produce something by myself. I’m happy with how it turned out, but you are also your own worst critic. I had a few people listen to it (some audio people and some non-audio people) and they liked it (and gave me a few feedback tips).

Has the lockdown caused any cabin fever to set in? Did it help to focus on your work?

With two of the songs on the new record, I couldn’t finish the story/dialogue. I knew the stories involved a lack of communication between the characters, and everyone believing they were correct. When Covid first hit, being on Facebook for 30 minutes gave me more than enough material to work with! hahaha. So I guess that’s a positive part of it. I did get motivated at first, but then not having live music, losing my income, and just not knowing what the hell was going on got to me. I wish I could say “I had all this free time so it motivated me to finish this and do it right,” but it really was the opposite. I got stuck in the loop of “I dunno how I would do this live since I can’t have live shows right now” and then would not work on it. I regret doing that for sure. But I’m slowly starting to get it back.

Pretty awful. I enjoyed having some time off for sure, but like I said in my previous answer, I wish I got more motivated instead of depressed. I regret it, but I would rather be honest about it.

The video for the song “Ocean” has been released. Tell us about the song and the video which has amazing visuals.

Thanks! I really enjoyed filming a music video entirely underwater. Kyle Lamar of Digital Myle shot some footage of the live Spiral Cell shows before and he was mentioning to me how he wanted to do an underwater music video. I told him I had a song for it. I sent him both my cover of “In The Water” and my original “Ocean” and he really loved Ocean. So we started brainstorming ideas. It was a really cool experience and we had a great crew all around!

Will there be more videos? If so what’s up next?

When will the full album be released? How many songs are on it?

There are 12 tracks, and it’s only about 35 minutes long. And man, I really wish I had an answer to that. I’m trying to figure out the best way to release it. With Spiral Cell, it’s not just an album/music for people who want to hear a pop song for 3 minutes with a solid hook. Not that there’s anything wrong with that, I’m a diehard Katy Perry fan, so I enjoy a good pop song too. But I want to find the best way to release this to the right people who will give it the time needed to experience it. It’s not going to be for everyone, but I think those who attach to it will really enjoy it.

I would imagine you’re getting excited to tour.  What are the goals and plans for hitting the road?

The live Spiral Cell experience is the most valuable part to me (and my fans have confirmed the same thing to me). I would love to include MORE visual elements than I did for the last album. Last time I released the album and performed live with a light show but no visuals. Visuals came later, and I think you can see that with the live show. I really want the live visuals to be a big part of the live show. And it looks like with the lockdowns I’ve got time to figure that out haha.

The tagline “An immersive, theatrical, multi-level experience of music, storytelling, visuals, and art” works well for describing the live show I think. I shot a full quarantine concert that’s available on my Youtube channel that’s free to watch for anyone interested in seeing what the live show is like.

If you could ask yourself one question what would it be and why?

Why did you get so depressed during lockdown instead of motivated? The album could be out by now! haha *insert the laugh to cry emoji