The emo pioneers, Time Spent Driving, are streaming their new single “Skins and Knees” at Substream Magazine. The track is from the band’s upcoming album Passed & Presence, the group’s first record since 2007. You can reserve your copy before it comes out on 7/21 via the Cardigan Records website or through iTunes

Frontman Joe Cattivera says, “Sometimes the best songs are the ones that sound like they’re about someone else, when they’re really about yourself. Historically most of our songs have been about someone else or something else—but the perspective on this album is a lot more from the outside looking in, and this one’s an example of that. The bulk of this song was written years ago, probably around 2007, and reiterated once we started playing again. We didn’t want to be afraid of keeping it raw, straight-forward and simple in a way that we feel is uncharacteristic and a little uncomfortable for us.” 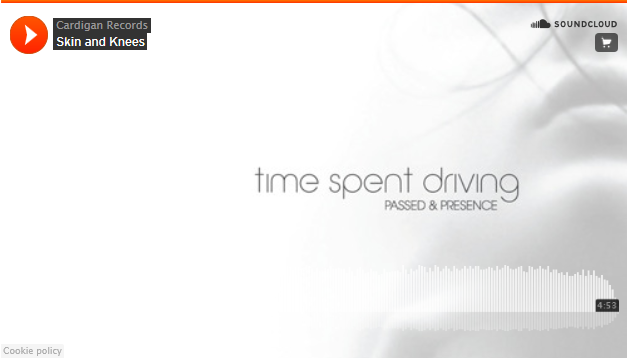